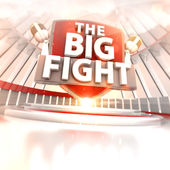 Watch our Managing Director Maija Virta as a panelist at “The Big Fight” airing on NDTV at 8PM on the topic “Will rising pollution level create a fear psychosis for expats in India? Is there a real danger that India may be blacklisted as place for work because of its plummeting air, water pollution situation? Is this an extreme view? Are our children at peril of respiratory diseases? Is India, really just a tough country to live in when it comes to the everyday?”

NDTV’s flagship show The Big Fight, has been one of India’s top rated current affairs shows for close to a decade. Hosted by Vikram Chandra, the show pits those on opposite sides of an issue against each other in a debate. What emerges from the opinions is a thorough 360° view of the key national or global issues at hand. In the last ten years, The Big Fight has debated topics ranging from national politics, foreign policies, international events to social issues and sports. The show has been nominated for and won numerous awards and has also won the ITA Milestone award for one of the most influential programmes of the past decade.

View all posts by santruptieng

We Believe in Changing Lives